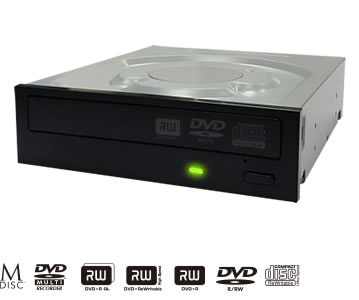 The Optiarc AD-5290S-ROBOTPLUS models offer the revolutionary DVD+R DL Overburn feature where it can expand the writing capacity from 8.5GB up to 8.7GB* to allow the user to capture more content on a single DVD+R DL disc.

The Optiarc AD-5290S-ROBOTPLUS drive picks up where the 5280S-CB series left off, offering the following market leading tionality: